From Asia to the US West Coast, the average capacity has fallen to its lowest since February in the past four weeks, according to new data from online rate platform Xeneta. Over this period, 275,000 TEU on average has left Asia heading for the US West Coast. That is about 50,000 TEU less than the peak in early August.

The increase in blank sailings have a logical cause. It is nothing more than an aggressive strategic play by carriers. With the increase of blank sailings, carriers attempt to avoid a further decline of the freight rates.

With an increase in blank sailings in September, the expectation for October is even worse. According to the latest calculations from the analysts at Sea-Intelligence, the blank sailings are expected to be above historic norms. Additional reason for the blank sailings is the Golden Week in China tied to China’s Autumn Festival. In those weeks, a peak reduction of capacity between 22% and 28% is imminent. For example: In 2019 the peak reduction in those weeks has been between 15% and 17%, with an average of 9%-11% in 2014-2018.

The increase in blank sailings is not only visible on the Asia to US West Coast. There is also an increase in Asia to North Europe. With the peak capacity reduction following Golden Week at nearly 20%. Those numbers are, in line with 2019, however higher than the 2014-2018 average.

Despite the increase in blank sailings, most analysts are predicting that liner shipping will make record profits for the full year, thanks to previously secured long-term rates. An example: Liner Shipping Capital will make a net profit of $244,9bn for the full year of 2022. That is an exceptional improvement of 65,2% over 2021’s record results.

CAROZ’s eye opener: Above mentioned developments does not necessarily have to be seen as bad at all. It confirms the need for direct access to all available options in the market, for companies to rethink their long-term supply chain design for flexibility and agility and start acting to compete with the carriers in their own space.

Each monthly update we will highlight the developments within the Ocean freight market including the following topics: 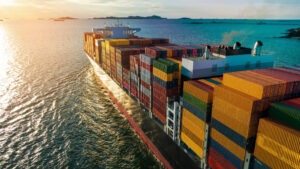 Caroz Market Update: Much needed stability is coming back 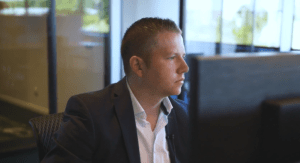 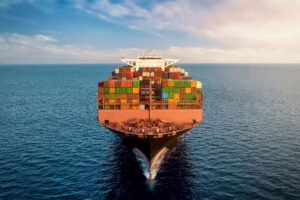 Managing Logistics Performance. For You

Stay up-to-date on the latest developments.
We will send you our monthly email newsletter.

Better Logistics
Better Business
For You

See our other offices >

To download the September Market Update, we would like to receive your name and email address. Thank you!

And we’ll show you how better logistics will generate better business. For you.